We need a design of soldier's uniform and soldiers themselves. There are a group of soldiers who acting against main characters during the demo. I think before designing soldiers we must develop their military uniform.

They are the soldiers of the state, but must resemble bandits in some way. Both strong. Both armed. And dangerous. They are not have any fire weapon though (it supposed to be completely destroyed in battle preceding demo), that's why they are armed with bottles, bats, sticks, chains and other crap.

It is important for us to clearly understand what we want to achieve and at which point to stop, cause the process could become endless otherwise. So here's what I expecting for: 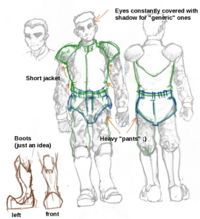 First of all, I prefer soldiers to have a short jacket. But wall[e]'s long jacket guided me to the idea add a heavy pants. ^_^ Also I sketched a boots. 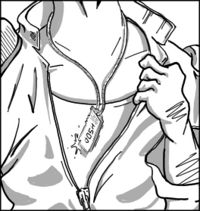 Idea: Maybe cover the eyes of the generic ones with shadow? 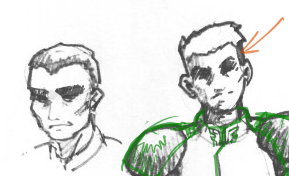 It seems we already have it done. Thanks to Ground Zero Studio Complex. 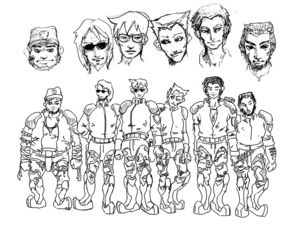 The following 46 files are in this category, out of 46 total.